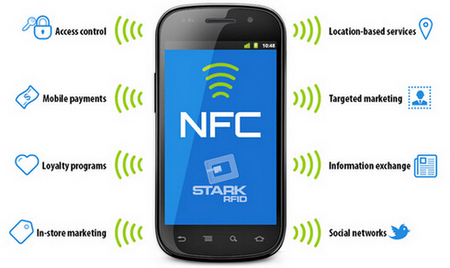 Recently the citizens in Guangzhou were shocked by a news. It is saying that you can recharge

your Yangchengtong or Lingnantong with a NFC enabled phone installed with Wechat V6.2.

Then what is NFC? What kind of convenience does it bring to our life?

The journalist arranged an exclusive interview with Chengjun Ji, the founder of Aishua (Beijing)

payment development and management, Chengjun Ji is well known as a professor on mobile

internet and payment.He used to establish the first all functioned by NFC pilot project in China

mainland. And he is the guy who drafted the standard of mobile phone, credit card, POS and

application flow, his draf resolution was adopted by Chinese Standard. NFC is developed for

It is the abbreviation of Near Filed Communication.It is a wireless communication technology,

Online payment crashed the tradition of our payment method. On the market of mobile

accepted by consumers and merchants.

However Aishua selects and insists to make NFC payment as their directional goal. The NFC is

usually placed in a retail business environment, but in fact, NFC can do more. Ji Chengjun

said, “not just pay, when you need to verify your identity, actually can be replaced by NFC.”NFC

was placed to a business environment on retail merchants, however NFC can do more in fact.

NFC doesn’t mean Payment only, it also can be used for identification when necessary, Ji told us.

goal, it is the security. As been told by him, NFC is encrypted by hardware, and the chip is same

As for the Alipay, Wechat Pay and other mobile online payment methods,Ji said that there is a

cooperation between us, as they are a licenced third-party middle man transfer money between

bank and bank, but we provide an environment solution who supply the service before the

Will NFC arrive its Peak?

known in China (Mainland) even it access to the market earlier. But Chengjun Ji expected that

NFC is arriving its peak, maybe reached next year!

Compare with Facebook or Group-buying, NFC is developing slower as it depends on the

technical environment. Firstly consumer is cellphone have to be NFC enabled, on the other hand

POS in merchants have to supports NFC, and Roman was not built in one day.But Ji believes

experience accumulation in these years. He provides us a data sheet that 80% POS support NFC

payment inGuangzhou or similar cities in China. And more than 6 millions POS  support all over

The upsurge of Wearable devices likely to be the beginning of NFC upsurge to the market ,

Ji told the journalist. The QR payment depends the internet too much, so it is not the best

solution for device with small screens or even without screens! Then the development of

Wearable devices will be a good chance to popularize NFC.

The merging of industrial chain blocks the promotion of NFC?

NFC seems to be something of mobile payment to outward seeming, but it is something on the

biggest obstacle of NFC promotion, but it seems that it is nearly to be a milestone but not a

obstacle, as people realize that we have to cooperate with each other.Online payment shocks

the bank much, and BAT shocks MNOs, we have to believe that NFC market is breaking the

ice since the flatness society makes merging of industrial chains moves faster and being a spread.